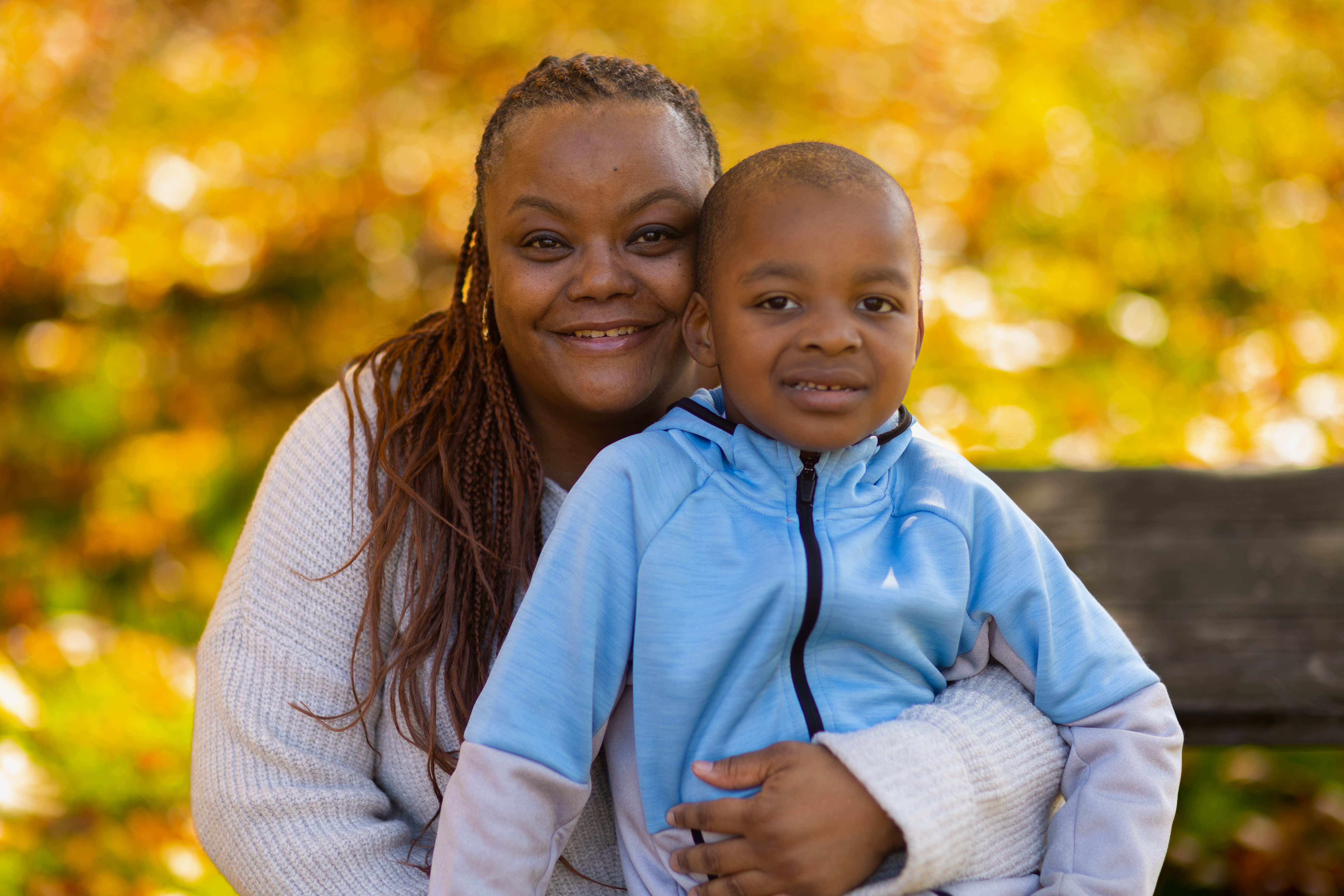 When Tahitia learned about Child First, she admits she was skeptical.

Branden had just been returned to her from foster care. He was behaving aggressively, crying, unable to sleep.

“I was assuming he was scared that he was just going to be here for a visit and then be taken away again,” said Tahitia, who grew up in foster care. “It hurt me to see his pain.”

But then she got to know Courtney Sherman, mental health and developmental clinician, and Tinamarie Dawes, care coordinator, for Child First.

Courtney and Tina knew about the family’s involvement with the Department of Children and Families and asked her to explain why Branden had been placed in foster care.

“For me to share that it was domestic violence was hard,” she said. “I know how people are. When they hear personal things, they tend to judge.”

But she could tell by the looks on their faces that they were accepting.

“I’ve dealt with a lot of different people. I’ve had a lot of therapists and a lot of bad experiences, and I can tell you I never once felt prejudged by Courtney and Tina,” Tahitia said.

Courtney and Tina were introduced to Tahitia through the local Child First office at Family and Children’s Aid in Danbury, Connecticut.

“We spent a lot of time engaging her,” said Courtney. “There were things she didn’t understand about her own feelings, and she needed a chance to process that. We helped her regulate her own emotions so she could help regulate Branden’s.

“Then, it was not just managing his behavior but understanding what’s behind it and where it comes from.”

Tina, meanwhile, worked to find resources to help the family.

“When you have pressing needs, it’s hard to be present for a child,” she said. “My role is to decrease that toxic stress with concrete things.”

She connected Tahitia with the local food bank, the diaper bank, advocated for her to get continued access to housing and helped enroll Branden in Head Start.

When COVID-19 hit, Tina helped her get internet access so her older children could continue with school.

Tina said one way we earned Tahitia’s trust was by “being in the trenches with her.”

After many months of working together, Courtney said Tahitia’s relationship with Branden has changed dramatically.

“She was able to slow down and notice when Branden was having a hard time.”

When they first met, Tina said Branden was very attached to his older sister and “didn’t reference his mom for his needs. He would always go to his sibling.”

Now, he goes to his mom all the time and “even tattle-tailed on his sister one day recently in the park.”

They all laughed about it, happy to see that Branden, now 4, was developing a more secure relationship with his mom and his sister.

For Tahitia, one of the biggest changes she has seen in Branden is a simple thing – his willingness to take a shower.

“When he first came home, he had issues about taking a shower,” she said. “I’m not sure what happened in foster care, but he would scream and cry. He would refuse to get in and always said the water was hot.

She listened to him and encouraged him. Courtney helped Tahitia notice Branden’s reactions and supported her to use play to help him process his traumatic events. At Tina’s suggestion, she began talking to him for a while, even singing to him, before asking him to get in the shower to give him time to cope.

It was a triumph.

“This was a tough case from the beginning,” Tina said. “There were so many layers.” But after many months, the family is thriving.

“When you see the outcome and where this mom is in the process, it gives you a sense of fulfillment and accomplishment."

For Tahitia, the relationship with Courtney and Tina has been transformational.

“I learned how to put my child first and take myself out of it,” she said. “It’s about not allowing your feelings and your past to get in the way of being able to deal with your child. What I went through is done. The children, they’re the ones who are important.

“And as for myself, I don’t think we’re ever done growing and learning. I’ve been blessed to work with Courtney and Tina and to have my child back.”

The following is an excerpt from a poem by Tahitia:

...The love for children runs deeper than anything on this earth

In fact in this universe

I gave him life at birth

Willing to do whatever it took to help him heal and repair the bond, I had a thirst

I am blessed to say I was able to do that thanks to two amazing, empathetic, patient and compassionate women, Tina and Courtney from Child First!