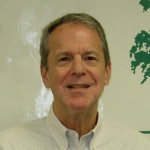 Richard Ostuw has been an active volunteer since he retired. In addition to Child First, he is a member of the Board of Directors of the Child Guidance Center of Southern Connecticut, the Board of Commissioners of Charter Oak Communities, and the Human Resources Committee of Building One Community (previously Neighbors Link Stamford). He has also served as a volunteer with Junior Achievement and was on the Board of the Darien/Stamford chapter of the American Red Cross.

He has been a consultant to large employers helping them manage their health and welfare benefits and served for about 20 years in national and global roles in managing the consulting practice. Key responsibilities included developing ideas and material for consultants to use with clients, staff training, professional standards, research, press relations and marketing. Most of his career was with Towers Perrin, where he was the firm’s Chief Actuary and served on the Board of Directors. He also served as the Global Practice Director for Group and Health Care Benefits at Watson Wyatt. His direct client work was mostly with Fortune 500 size companies, including some of the largest companies in the U.S. He chaired the Cost Audit Group which provided an independent cost analysis of the Clinton administration’s health care reform proposal.

Richard Ostuw has a B.A in Mathematics from Rutgers University, a M.S. in Actuarial Science from Northeastern University, and has published approximately 20 articles on employee benefits issues.

Group:
Board of Directors